Kazakhstan up to 51st place in global competitiveness rankings 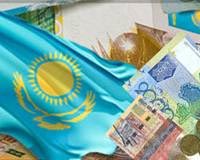 Kazakhstan has risen 21 places to reach 51st place in the world competitiveness ranking, according to the Global Competitiveness Report compiled by the World Economic Forum. The country was 72nd in 2011.

Switzerland top the list for the third year running and Singapore remain in second, with Finland leapfrogging Sweden into third place.

These countries and other Northern and Western European countries dominate the top ten: the Netherlands are in 5th, Germany in 6thand the UK in 8th. The US, Hong Kong and Japan make up the remainder of the top ten, the report states.

Russia occupies 67th position, one down on last year.