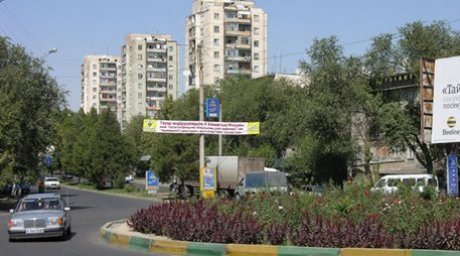 Shymkent in the south of Kazakhstan will become a major metropolis in 4 years, Otyrar.kz reports citing chief architect of South-Kazakhstan oblast Bakhytzhan Ashirbayev.

"Shymkent will become a reflection of Astana in the nearest future. New facilities are being erected in the northern part of the city. These are: the oblast administration building, a library, a drama theater, an exhibition hall, the congress-hall and a school. Multi-storey residential buildings will appear before all that," the architect said at the presentation of the project of new administrative-business centers of Shymkent.

The new general plan of Shymkent provides for construction of tower-blocks only. The officials are going to impress Shymkent residents with their construction speed.

Currently the whole territory of Shymkent makes 39,800 hectares. In 12 year the city will grow to 117,000 hectares; its population will double and will make 1.2 million people. 16 million square meters of housing will be constructed in the city. The oblast and state budgets are already allocating money for the planned construction.

Earlier Kazakhstan President Nursultan Nazarbayev said that Shymkent, with its beautiful architecture, by right deserves to be called the country's third major city after Astana and Almaty.