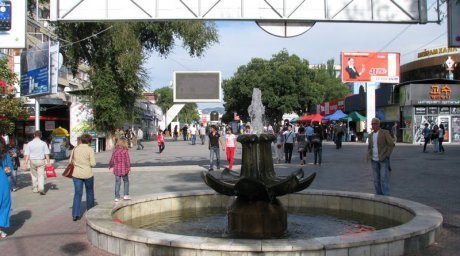 Almaty population will increase by around 150 thousand people by 2015, Tengrinews.kz reports city Amir Kulmakhanov head of the Employment and Social Programs Department.

"According to the forecast, the total population of Almaty will increase by 8.5% between now and 2015 and will amount to 1.6 million people. A stable growth in the number of economically active and employed population is expected against this background. Employment rate is expected to grow from 94.4% to 94.7%," Kulmakhanov said.

He also mentioned that unemployment in Almaty was going steadily down. In decreased to 5.0 percent (5.3 nation-wise), whereas in 2010 it made 5.6. "The level of registrable unemployment amounted to 0.7% of economically active population in 2010, 0.4% in 2011 and 0.3% this year. According to the forecast, this trend will remain unchanged in 2013-2015," the head of the Employment and Social Programs Department said.