The ‘Safe City’ in Kazakhstan – a short history

In Kazakhstan today, nobody can doubt the fact that video surveillance systems have brought about a positive change in the general security situation. International experience, and unfortunately also experience in Kazakhstan, testifies to the fact that without properly designed systems and professionally trained personnel, it is impossible to ensure law and order, which lies at the heart of all urban security. The development of Kazakhstan's municipal video surveillance systems is mainly in this area, as well as monitoring of road users – obtaining footage of traffic violations is also improving the situation in this area, helping to protect society from corruption and favouritism. On the whole, Kazakhstan's municipal video surveillance systems are developed within the country's 'Safe City' programme and have their own characteristics. In order to understand them better, their development path needs to be traced right back to the very beginning, and all their influencing factors need to be assessed.

Where it all began 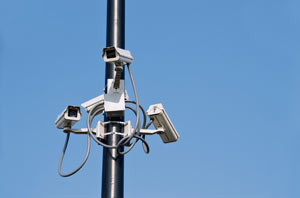 We start with the name, or rather with the confusion related to it. The problem is that in Kazakhstan, the term 'Safe City' is not new and very popular, and every government body or agency assigns their own meaning to it. This means that even within a single organisation there can be several different 'Safe Cities' – for example, traffic police apprehending violators within a 'Safe City' initiative while at the same time implementing reforms under an identically-named municipal programme.

Other law enforcement agencies also carry out 'Safe City' operations, confiscating arms and drugs or identifying illegal migrants – in short, everyone doing things according to their own area of activity. We can say that 'Safe City' begins on 1 September for teachers and students, and eventually it concludes with programmes to introduce video surveillance systems entitled 'Safe City', 'Safe Streets', etc.

You also need to factor in the changes over time – at the turn of the century, Kazakhstanis generally took 'Safety in the City' to mean road safety, whereas the different, broader interpretation appeared almost ten years later.

This fascination – more of a fashion – for the term can be easily explained: Kazakhstan's government is yet to develop a single comprehensive 'Safe City' concept, which means that the term is 'available', so everyone uses it. If an official concept of this name does appear, everything else will be immediately renamed. In this article, we treat 'Safe City' as municipal video surveillance programmes.

Going by media broadcasts in Kazakhstan, you could conclude that the first urban video 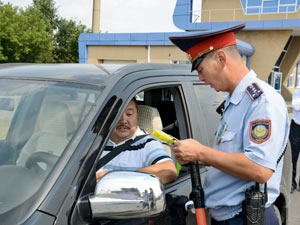 surveillance solutions were only introduced around 2006-2007. However, such a conclusion would be a mistake, as Kazakhstan's government had already installed video cameras on streets for the movement of guarded figures. Also, 14 Interior Ministry traffic controllers, supported by 131 surveillance cameras, were also in operation in Kazakhstan's capital before 2006. Similar measures were taken in other cities on a more modest scale.

Regarding the period from 2006 to 2007, there came an understanding of the need for wider use of video surveillance and a reassessment of its role in general security. For example, the 'Safe City' automated information system began to be developed in Almaty around this time to fight crime, improve the situation on the streets, protect property, enhance the work of public services, and mitigate the impact of natural and man-made disasters.

The programme was scheduled for two years and planned to use the latest IT, software and hardware, which is why the funding needed was surprisingly low – just $25,000! This was more of a declaration of intent than a real desire to change the situation, but as a first tentative step, it seems it was enough.

It is worth noting that the authorities in Almaty immediately included video surveillance in its list of means to protect the population in the event of emergency, whereas in other major cities it was seen as an adjunct to law enforcement. For example, in Shymkent in 2006, a contract was signed with the Israeli company Double Contact Trading to supply video surveillance systems to monitor traffic flow at busy city intersections and on routes where official figures would be accompanied. Similar projects were carried out in Karaganda, Atyrau and Uralsk, with the latter developing the 'Safe Streets' programme in 2008 to send video images to district control points.

Two important points should be emphasised here – from 2006 to 2009 there was no large-scale installation of video cameras, with city authorities spending just tens of thousands of dollars; and all projects were undertaken by Internal Affairs city bodies – Kazakhstan's Ministry of Emergency Situations was not involved. 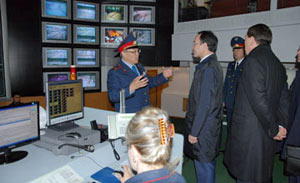 As already mentioned, the police had video surveillance systems at their disposal from the very beginning in Kazakhstan. The same can still be said with a great deal of confidence today. This has been helped by one very important factor –high-tech Operations Control Centres (OCCs) first appeared in city internal affairs departments.

The process was begun back in 1998 when Kazakhstan's Ministry of Internal Affairs approached the government with a technical upgrading project. This was approved, and in response a government resolution appeared on 25 November 1998 entitled 'Issues of Technical Upgrading and Information Provision for the Activities of Internal Affairs Bodies of the Republic of Kazakhstan'. This led to the establishment of pilot OCCs in Astana and Almaty.

To put it in today's language, the Ministry of Internal Affairs received the first city 'situation rooms', while the Ministry of Emergency Situations could not boast of anything similar. This new development proved itself excellently in practice, and in 2002 another government resolution fixed this positive experience: "The opening of OCCs in Astana and Almaty has confirmed the effectiveness of creating information systems... (and of) using modern IT, communications and telecommunications achievements. The programme provides for the construction of OCCs in Ust-Kamenogorsk and Kostanay."

In the following years, modern OCCs were opened in all of Kazakhstan's major cities. The work was done without involvement from foreign companies, with 14 of the 18 centres developed and installed by the Kazakhstani company Asia-Soft. Naturally, all existing video surveillance equipment was assigned to the new centres, so it was completely natural that future development of video surveillance took place within the Ministry of Internal Affairs – it already had the experience and the technology, and staff training ran smoothly. It goes without saying that when developing new systems, the Ministry of Internal Affairs primarily look to achieve their own objectives.

As mentioned above, between 2006 and 2009 Kazakhstan's cities slowly mastered the use of 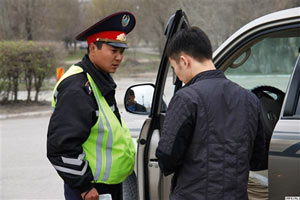 In the following year, though, the situation changed dramatically. The Mayoral Administrations of Almaty, Astana, Karaganda and other regional centres began to spend often tens of thousands of dollars on video surveillance, with many spending hundreds of thousands. Karaganda assigned 109 million Kazakh tenge (around $700,000) from its budget in 2010, with 268 video cameras in operation by the end of that year. By this time there were already 313 cameras transmitting information from the streets of Astana to control centres, and by the end of 2011 $1.5 million had been spent on cameras for schools, hospitals and playschools. By the end of the year 649 cameras were in operation.

A similar situation could be seen in Almaty. There were 2,500 functioning cameras by the end of 2012, installed in all schools, hospitals and playschools and sending footage from intersections, railway stations and other public places. According to Olga Agafonova, Head of the Technical Services Department of Almaty's Department of Internal Affairs, the system uses two-megapixel video cameras and overview cameras that are equivalent to 600 TVLs, which guarantees high image quality. 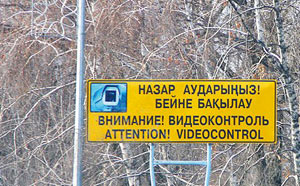 By 2011-2012, spending on video surveillance in Kazakhstan's regional centres had increased tenfold from 2008. A new OCC and 600 cameras were provided in Atyrau and the number of surveillance cameras on the streets of Pavlodar, Atkau and Semipalatinsk increased. Even in relatively small Kostanay (300,000 inhabitants) over $600,000 was spent, with dozens of video cameras connected to an OCC and Department of Internal Affairs centres as part of the 'Safe Streets' programme.

There were several reasons for this unexpected growth, among them issues of increasing vehicle numbers and attempts to change the situation on the roads, as well as a general desire to enhance the level of road safety. But the most important factor of all was a new one – the threat of terrorism. In 2011 there were several high-profile successful and failed acts of terrorism, and global experience shows that without modern video surveillance, countering this threat is not possible.

We can agree that is difficult to picture what happened in Kazakhstan in 2011 taking place in Europe – a radical Islamist stole a car, drove to a gun shop in order to rob it, killed two police officers in the subsequent chase, and then went on to the Office of National Security. Having arrived, he opened fire on the building with a grenade launcher and only after this blew himself up (and not just himself). Clearly, if the police had been able to see this situation evolving, they would have been able to quickly find a way of stopping or liquidating the terrorist. However, at the intersection of Taraz, in South Kazakhstan, they could not see him, and he met no organised resistance. For this reason, it is most likely that the reality and high probability of a new terrorism threat led to cameras being quickly installed on streets and in schools, hospitals, playschools and other public buildings.

Projects were financed from city budgets, although there were attempts to do things a different way – in Petropavlovsk in 2009, "taking into account the local budget deficit", the Department of Internal Affairs asked the authorities of the North Kazakhstan Region and the city of Petropavlovsk to "assist in the acquisition of external surveillance cameras and the connection of them to OCCs for newly constructed buildings, large markets, supermarkets, and other facilities at the expense of construction companies and owners of these facilities." Needless to say, after the first terrorist attacks in the south, the government money was quickly found.

The main conclusion is the existence of structure of municipal video surveillance systems. Its function in Kazakhstan has expanded to include not just accompaniment of official figures and recording of traffic violations, but also monitoring in schools, hospitals, and public places.

At the same time, urban video surveillance systems in other agencies – the fire and health services, the Ministry of Emergency Situations, etc – has not developed. There have also been no attempts to integrate situation rooms, which would ensure the effective use of security cameras in a range of crisis situations.