Strong performance for Bosch in Kazakhstan and Central Asia

The Bosch Group's turnover in Kazakhstan reached €25m last year, with turnover in the whole of Central Asia around €27m, reports the Kapital.kz business correspondent in Moscow. 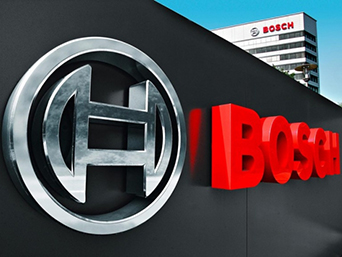 According to Gerhard Pfeifer, Bosch Group Representative in Russia and Central Asia, who was speaking at a recent economic forum in Astana, Kazakhstan is proving to have a stable, confidently developing economy.

Bosch's largest project in the whole of Central Asia was the company's participation in the laying of an oil pipeline in southern Kazakhstan. Despite the economic downturn, the company's turnover in the CIS and Georgia grew to €1.2bn, a 5% increase on the previous year. "Our actual sales growth in the region is 20%," said Pfeifer. Over the same period Bosch invested €75m in the region, again exceeding the figures of the previous year.

Bosch is also preparing a special security concept for the EXPO-2017 event in Astana. "We should be providing this concept as soon as possible," said Pfeifer. He also revealed that the company has a high opinion of the professionalism and competence of the officials working on the event, believing that the formation of a separate company to organise the exhibition will ensure more effective work.

Bosch's global sales in the 2012 financial year grew by 1.9% to €52.5bn, with pre-tax profits at €2.8bn. Last year Bosch invested a total of around €8bn in the company's future – €4.8bn on research and development, and €3.2bn in capital investments. The group is expecting global sales growth of between 2% to 4%.