A Kazakhstani scientist has spoken about the benefits of using machine vision technology for three-dimensional object recognition, tengrinews.kz has reported. 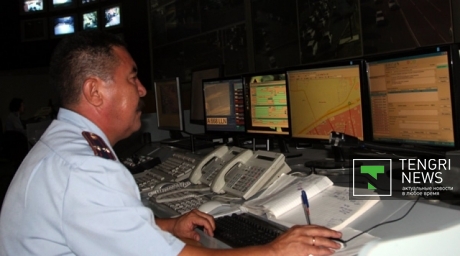 A 3D information reading method has been developed by the Institute for Problems of Informatics and Control Sciences, at the institute's information processes analysis and modelling laboratory. Rustam Musabaev, head of the laboratory, said that the technology is not just useful in everyday life – it can also be of interest to law enforcement bodies.

For example, machine vision can help find wanted criminals. This would require special cameras capable of reading 3D images. The signal would then be processed and the images of people in the field of view analysed. Musabaev stressed that although the inventors have long since overcome hardware problems, difficulties are arising in creating the coding and algorithms. The system needs to be taught how to read people's biometric data (facial features and height) and compare them to the database. When there are a sufficient number of matches the system sends a signal to the police, allowing law enforcement authorities to quickly get information on the whereabouts of suspects.

Motorists will also be interested in this technology. Sensors are already being installed in vehicles abroad that monitor eyelid movement and emit a warning signal if the driver falls asleep, and Musabaev revealed that the Kazakhstani development can be used for this purpose.

However, Musabaev himself says that the main task of machine vision is to ensure the best possible interaction between human and computer. The developers want to teach the machine to recognise voice commands and gestures – work is being finalised on synthesis and recognition of the Kazakh language. This means that the state language can be used when 'speaking' to machines, and it will allow voice-to-text conversion and execution of voice commands. The final version of the product will appear on the market by the end of 2013.