A project of the Tengiz field production facilities expansion worth $23 billion has been approved, Tengrinews reports citing deputy chairman of KazMunaiGas, Kazakhstan national oil and gas company, Kurmangazy Iskaziyev as saying. The project will bring the oil production at the field to 38 million tons per year. 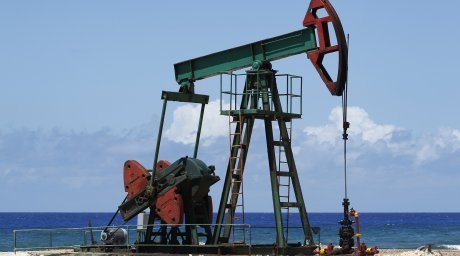 "A project on Tengiz expansion was approved recently. Oil production will be increase from 26 to 38 million tons per year. This is the project of a future expansion that includes construction of a plant and drilling several wells. We have started working one it more closely with our partners at Tengiz: the technical scheme of Tengiz development has already been approved by the state authority," Iskaziyev said at the press-conference during the 21st Kazakhstan International Conference KIOGE-2013 today, October 2.

Implementation of the project is scheduled for 2013-2018, he reminded. "Although we were several months late with the approval of the technical scheme, we still plan for the same period. So we plan that the whole expansion project will be completed in the middle of 2018," he said.

"The cost of the project is estimated at $23 billion," Iskaziyev added.