Trade turnover between Russia and Kazakhstan increased by 16 %

Trade turnover between Kazakhstan and the Russian Federation is growing rapidly, Head of the Trade Representation in Almaty Yuri Shkurupiy said today at the forum "The implementation of the Kazakh- Russian helicopter projects", BNews.kz correspondent reports. 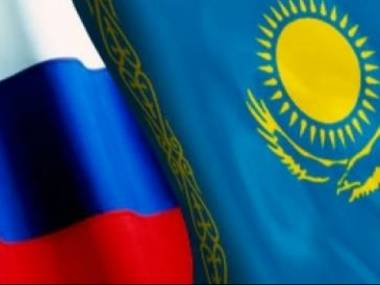 "Within the framework of the Customs Union and the Single Economic Space , the trade turnover between Russia and Kazakhstan has been growing every year. At the end of eight months of this year, it increased by 16% compared to the same period of 2012 and amounted to more than $ 18 billion. Russia continues to be one of the main strategic partner of Kazakhstan and is in first place among the countries of the world in the total turnover of the republic," Yuri Shkurupiy said.

He also noted that the Russian and Kazakhstan regions concluded about 300 agreements on trade, economic, scientific, technological and cultural cooperation.

"It should be noted that the potential for mutually beneficial development of our economies is large enough," Yuri Shkurupiy summed up.