Currently, Atyrau region is implementing 34 projects within the state program of forced industrial -innovative development worth $ 1 trillion 4 billion tenge, mayor of Atyrau region Bakytkozha Izmukhambetov said today during a press conference at the office of the Central Communications Service for the President of the Republic of Kazakhstan, BNews.kz correspondent reports. 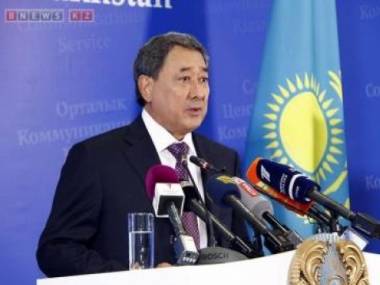 "At present, the region is implementing 34 programs FIID worth 1 trillion 4 billion tenge. 4,500 new jobs have been created in the region," the regional mayor said.

He noted that since the beginning of the year, the region includes nine projects, it is planned to commission five projects within the industrialization map.

However, he said that this year, Nazarbayev was presented factory producing pipe fittings , worth six billion tenge.