Kazakhstan is ready to work with the UK in serious joint projects: A.Issekeshev

The goal of the Kazakh-British Trade and Industry Council is to remove barriers and provide business to business interaction, Deputy Prime Minister - Minister of Industry and New Technologies Asset Issekeshev said at the 17th KBTIC meeting, BNews.kz correspondent reports. 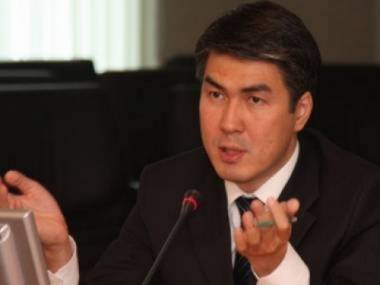 "We see that there are good prospects for cooperation in terms of trade and investment. Since independence, Kazakhstan is building an open market economy and growing investment attractiveness rating . We are among the top ten countries for the protection of investors," Asset Issekeshev said.

According Asset Issekeshev, currently, Kazakhstan is developing the economy in the period of crisis. The country has adopted a new program of industrialization, which is aimed at diversifying the economy and the attraction of foreign investment is a top priority.

"Especially, the investments that come along with technology and management are one of our priorities. We have interesting offers for the UK companies. First, we are the member of the Customs Union. We have access to the Russian market and through your investment in Kazakhstan you can develop your business in the border regions of Russia , Belarus , Central Asia and western China," Asset Issekeshev said.

In conclusion, he said that Kazakhstan is ready to work with the UK in serious joint projects.

"Now a lot of prospects in terms of industry and the goal of this Council is to remove barriers and provide business to business interaction, enter the increase in investment and strengthening the cooperation," A.Issekeshev said.