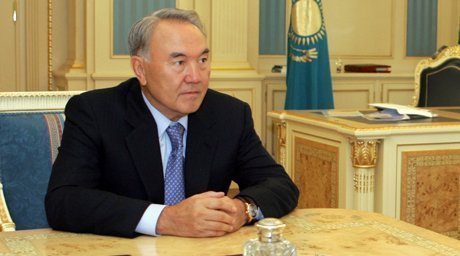 The sides dwelt on the current state and prospects of the bilateral cooperation of the two nations. Heads of state broached ways to galvanize interaction in trade and economic, technology and investments realms. President Nazarbayev highlighted a recent boost of the cooperation following last year's state visit of Sauli Niinisto to Kazakhstan.

"Kazakhstan is interested in your country's technology and in Finland's practices of developing its education system (...) during the visit companies of the two nations signed contracts worth $100 million, with the trade turnover reaching $1 billion", Nazarbayev said.

He highlighted that the talks were held on the sidelines of the global security summit of great importance to nuclear safety of the world. "As a nation that voluntarily renounced its nuclear arsenal and closed down the Semipalatinsk nuclear testing site, Kazakhstan (...) welcomes such forums that are especially appreciated amidst growing global instability and risks of destructive forces getting hold of nuclear weapons", he said.

In his turn, Sauli Niinisto shared his impressions of the last year's visit to Astana. "The outcome of the visit was promising. The bilateral trade turnover figure has been increased. Business circles of Finland are growing interested in cooperation with Kazakhstan", he said.