Forbes China released “Forbes China’s Best CEOs List 2012” on 25th June. This list is the first overall ranking on China’s CEOs of listing companies, including A-shares, HK stock and US stock three groups. Forbes has conducted a comparison of the income of the CEO’s with the company’s performance, in addition to this the scale of market capitalization is also taken into account to determine the rankings. There were a total of 30 CEOs enlisted. Mr. Fu Liquan, president of Zhejiang Dahua Technology Co., Ltd. takes 7th place. 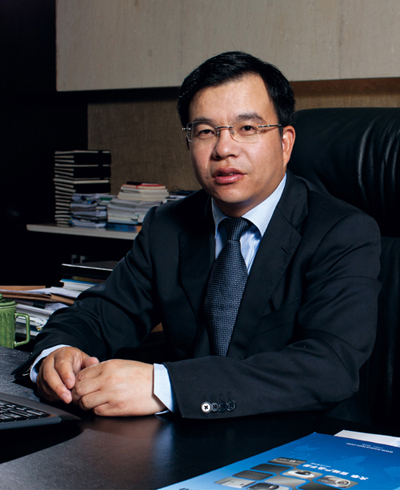 According to Forbes, compared with the “Rich List”, the “Best CEOs List” attaches more importance to the overall management performance of a company. Forbes declares that the Best CEOs made their company’s recovered price grow at least 66% and their management performance is far beyond that of the general market index. For Dahua particularly, its growth rate reached 24.82% within the past three years according to its annual financial report. Dahua’s annual growth reached more than 45% in 2011.

The Forbes China’s Best CEOs List 2012 is as follows: 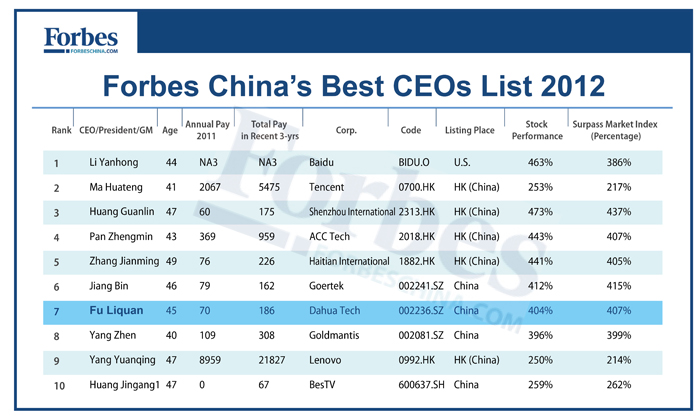