NEW VIEW AT CCTV WITH HDCVI 5.0 TECHNOLOGY FROM DAHUA AT SECUREX KAZAKHSTAN 2019 EXHIBITION

DAHUA TECNOLOGY COMPANY, ONE OF THE LEADERS OF THE WORLD VIDEO SURVE SYSTEM MARKET AND A PERMANENT PARTICIPANT OF THE KAZAKHSTAN INTERNATIONAL SECUREX KAZAKHSTAN EXHIBITION, PROUDLY PRESENT IN THE EXPOSITION HDCVI 5.0 TECHNOLOGY, A NEW ITERATION OF THE CCTV STANDARD. THE STANDARD IS DIFFERENT IN AN UNPRECEDENTED LEVEL OF VISITY, FUNCTIONALITY AND SAFETY.

Under the new standard, the company introduces a camera with active intimidation, a 4K / 5MP / 1080P camera with the Starlight function, a full-color 1080p camera, and a 4K / H.265 AI XVR video recorder. In various combinations, these devices can solve many video surveillance tasks in 5 aspects listed below.

Technology HDCVI 5.0 allows you to identify potential threats based on the rules of search for movement, movement and intrusion. If an undesirable event is detected, the system will send an alarm signal to users. The system supports intelligent video analysis, filtering minor objects such as animals, insects, tree leaves, raindrops and others, thereby reducing the number of false positives and allowing employees to concentrate on real threats: people and vehicles.

Technology HDCVI 5.0 is able to identify the face on the video and compare it with the images in its database. According to the results, a person is classified as a guest or a suspect, depending on his being in the black or white list. Then, the system automatically performs the required actions from it, for example, it gives an alarm or opens the door without entering a password or scanning a pass card.

The system is highly efficient. It supports the recognition of 24 persons per second and their search in 20 databases with a total volume of up to 100,000 images.

Metadata search Information collected from face images, such as gender, age, presence of glasses, masks or facial hair, emotions, is stored as metadata, which allows you to intelligently search and compare an object using a database, determine the coincidence of the required characteristics with high accuracy and efficiency.

Also, the selection of metadata allows you to use the system in business applications from third-party manufacturers. 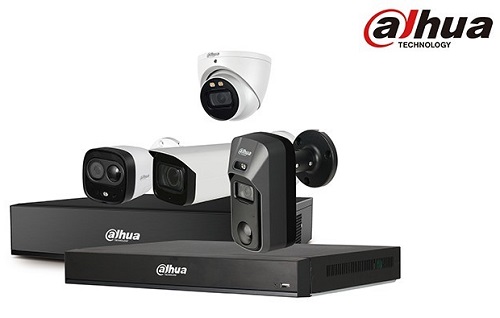 The combined operation of the passive IR sensor and motion detection improves the accuracy of the system and reduces the amount of transmitted data. In addition, the camera can not only give an alarm to the system, but also scare the intruder by turning on the searchlight and siren in place.

Along with the alarm, the camera transmits visual and audio confirmation of the invasion to users..

For HDCVI 5.0 devices, darkness is not a hindrance. Cameras with full-color video support and Starlight special night mode have a resolution from 1080p to 4k, equipped with an especially sensitive matrix and a wide aperture lens. They give a bright color picture in the weakest light and can be used in parking lots and city streets, in stores and warehouses, allowing you to fix the color of the clothes of the offender or the paint of his car.

Even in complete darkness, they do not lose their functionality, since the lack of external lighting can be compensated by their own infrared illumination (Starlight models) or white illumination (full-color models).

Cameras, using the most advanced algorithms, process the resulting video for noise reduction, after which it can be transmitted for further in-depth analysis.

It is important to note

HDCVI 5.0 technology not only retained the features of HD-over-Coax systems, including seamless upgrade and ease of use, but also received new features, such as the effective H.265 + codec and high-quality sound.

All innovations of Dahua Technology you will be able to see at the exhibition Securex Kazakhstan 2019 in Almaty on April 24-26, Atakent Exhibition Center, Pavilion 9A.